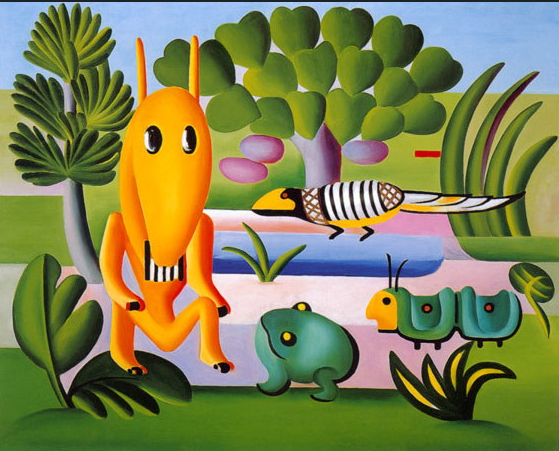 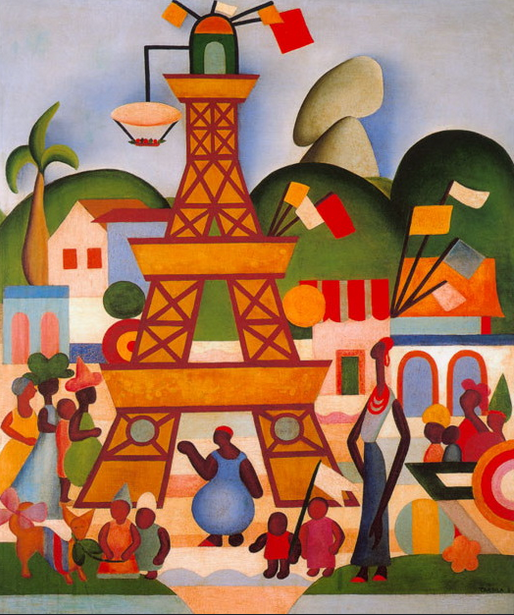 Tarsila do Amaral. Carnival in Madureira. 1924

I went to Tarsila do Amaral: Inventing Modern Art in Brazil at MOMA. It was just as MOMA explained “a rare opportunity to explore the work of this daring modernist” for me. I felt Tarsila’s works were charming and they made me relaxed. Although she had professional education as an artist, her works look more like Naïve art than Modernism or Cubism art.

Tarsila do Amaral (1886–1973) is an Brazilian artist. She studied in Paris with André Lhote, Albert Gleizes, and Fernand Léger. The exhibition focuses on her pivotal production from the 1920s, when she navigated the art worlds of both São Paulo and Paris, and charts her involvement with an increasingly international artistic community, as well as her critical role in the emergence of modernism in Brazil.

Portrait of an Artist (Pool with two Figures) 1972

I went to David Hockney show at The Met. They said; this major retrospective—the exhibition’s only North American venue—honors the artist in his 80th year by presenting his most iconic works and key moments of his career from 1960 to the present.

I liked his works long time ago. It was sometime 80’. Then I lost interest and forgot about his works because I thought his works looked more commercial illustration than fine art. I am glad to see my old “friend” who is still doing great. I love the bright colors and lines, which brought cleanness to his works. I see his work more as a fine art now.

I went to see the show,  Francis Picabia: Our Heads Are Round so Our Thoughts Can Change Direction at MOMA.

I knew Francis Picabia but didn’t know much about his works. It was amazing to see entire his career! Its styles ranged widely—and wildly—from Impressionism to radical abstraction, from Dadaist provocation to pseudo-classicism, and from photo-based realism to art informel. He mastered each style. The show looked like works of ten different artists. I love the fact that his works has the sense of millennium. 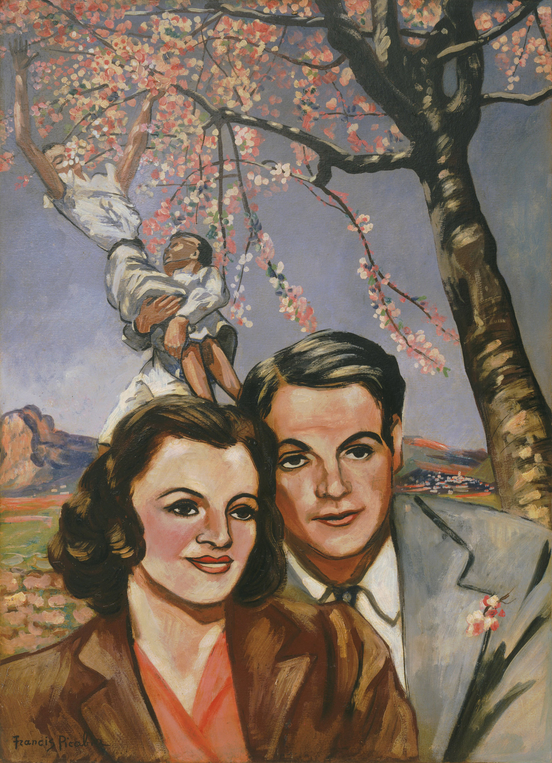 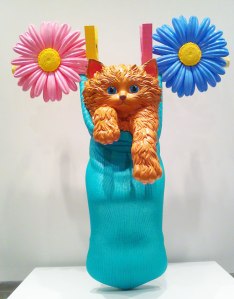 After I saw Jeff Koons Split-Rocker at Rockefeller Center, I went to see Jeff Koons: A Retrospective at Whitney Museum of American Art. Because of the show’s popularity, museum announced to extend hours. I went on Friday after 7pm. Visitors were still making a line to enter.
I felt very funny. People showed great appreciation to his works at museum. On the other hand, at Rockefeller Center, tourists were busy to take pictures with his giant Split-Rocker. They are not interested in examining it as a piece of art work.
Anyway, I now know Jeff koons is very popular. Well done Whitney Museum!
There was a small incident. When I went to there, everything seemed normal. I didn’t know that until I read the article. 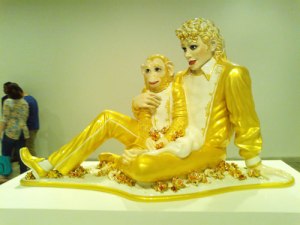 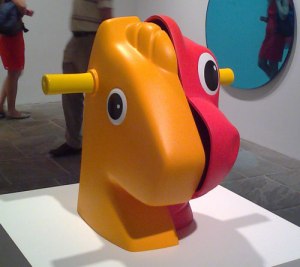 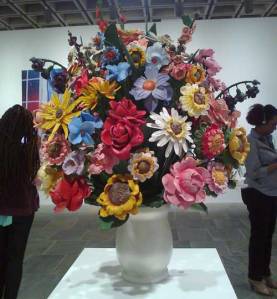 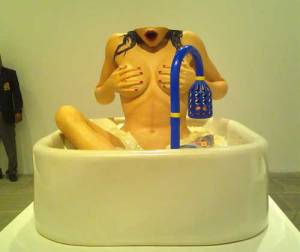 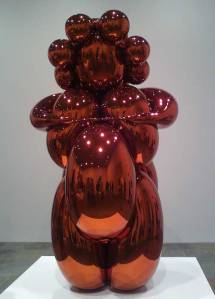